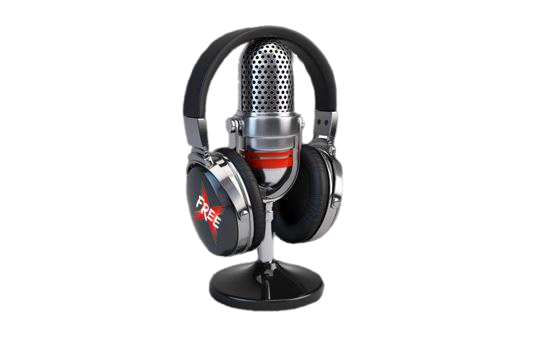 Free–X Radio is much more than a radio station.
Free–X Radio is a concept that started as a crazy idea.
The idea started way back in 2013, when 2 friends who got tired of never hearing the music they loved on any other radio station, decided to open their own station.
They decided that this radio station would serve as a loving home for all the musical genres that didn’t receive air time anywhere else: Dark/cold/minimal wave, experimental, batcave, goth rock, punk & post punk, E.B.M, industrial, etc.

As time went by and the radio’s fan-base grew, the two friends had an exciting idea. Instead of recruiting seasoned/professional radio hosts & dj, they decided to give air time to ANYONE with a true love for music.
Since late 2013 to the end of 2018 hundreds of music lovers realized their childhood dream and became radio hosts & djs.

Towards the end of 2018 the owners decided that after five mazing years filled with incredibe music and some unforgettable moments, it was time to move on. The original radio station had it’s final broadcast on Saturday, the 29th of December 2018.

A few months after the original radio station silenced its microphones for good, a few broadcasters (led by Ortal Siso) got together  and decided that they wanted to continue the legacty left behind by the former radio station, and so Free–X Radio was born!